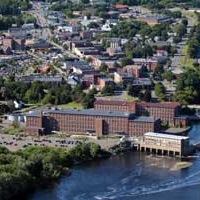 Waterville, which is located along the western banks of the Kennebec River, is the heart of economic growth in the central Maine region. With a population of about 16,000, Waterville combines tradition and rich heritage with the makings of a bustling urban community. Earning the nickname “the Elm City,” Waterville’s impact towards the development of the Kennebec Valley region has been deemed widely accepted and historically important. The city of Waterville is currently home to the Waterville Opera House, Colby College Museum of Art and puts great pride in the scholastic excellence provided by Thomas College and Colby College. 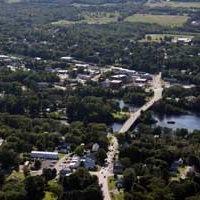 Fairfield is home to some of the oldest and most beautiful historic sites recorded in the National Historic Register. Spanning 55 square miles and home to approximately 6,700 residents, Fairfield has a good mix of commercial and rural spaces with plenty of opportunity for continued growth. The intersection of U.S. Route 201 and Interstate  95 places Fairfield at a key crossroads for state commerce. The town also has a bustling agricultural industry, and is home to Maine’s first charter school, Maine Academy of Natural Sciences, and Kennebec Valley Community College. 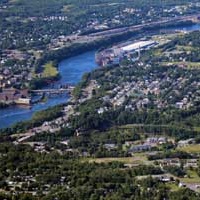 Named after General John Winslow, the town of Winslow is located between the joining of the Kennebec and Sebasticook Rivers. The quiet suburban town, which currently has over 7,700 residents, was featured in scenes in the 2005 miniseries, Empire Falls. The miniseries was based on the 2001 literary works under the same name that was written by Richard Russo. In 2008, the town of Winslow completed a $9 million renovation project on the Winslow High School. The town of Winslow provides excellent commercial, industrial, and residential opportunities for new people to the area. 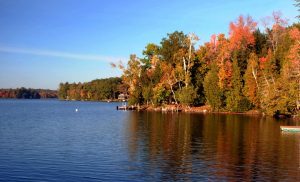 Oakland, neighboring Waterville to the west, is the gateway to the well-known Belgrade Lakes.  Three major bodies of water in the Belgrade Lakes chain dominate the landscape, providing many opportunities for recreation.  The attractiveness of the lakes makes it easy to see why the town has one of the largest concentrations of summer camps for children in all of Maine.  Oakland was originally settled as “West Waterville,” but early inhabitants soon tired of being west of anyone, as the historians tell it, and incorporated under their own name in 1883.  It was soon apparent that the town’s tumbling Messalonskee Stream would draw industries to take advantage of this considerable source of water power.  A front runner in recognizing environmental issues, Oakland was one of the first towns in the state to build a municipal sewerage treatment facility.  Among attractions is the Memorial Hall on Church Street, built by Civil War veterans, and the Pressey House Lakeside Bed & Breakfast on Summer Street at the northerly end of Messalonskee Lake.  Private homes range from stately New England classics to cape and ranch homes.

Oakland is a beautiful place to reside and raise a family.  The town has a reputation for some of the finest schools in the entire state and for its fiscally conservative municipal government.  Preparing for the future, Oakland has a comprehensive plan to promote organized development and a full range of municipal services, including curbside parking.  Because of its proximity to Interstate 95 and prime development areas, Oakland was selected as the site for FirstPark – Maine’s Premier Technology Center.  Billed as the first of its kind in Maine, this high tech park provides suitable locations for the emerging businesses of the 21st century.