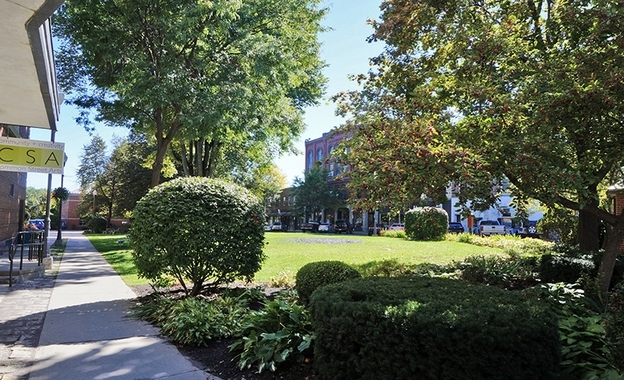 While redevelopment of the Waterville’s downtown has focused primarily on the buildings, one spot of green space is also part of the overall plan to revitalize the city’s core.

The redesign of Castonguay Square, a one-acre park in the middle of downtown, has been narrowed down to three concepts and a design will be finalized and presented to the city in February or March, said Shannon Haines, executive director of Waterville Creates!.